He later moved to Halifax to be part of the up and coming culinary scene working first at FID restaurant and then moving on to Seven Restaurant and Wine Bar. It was here that Chef David  formed a friend and mentorship under Terry Vassallo, a prominent figure in the East Coast culinary world.

After a few years of eserving as Terry’s sous chef at Trattoria Dela Nona on the souther shore in the little fishing/tourist town of Lunenburg he moved back to Niagara Ontario to be closer to family and pursue other opportunities.

More recently he has been a Private chef in Austin Texas and locally he was Chef at Bistro San Marco in Fonthill for several years before settling in to the executive chef position at Peninsula Lakes banquet room and Fore Restaurant.

Here’s a look at last year’s menu to give you an appreciation of the taste experience that you can look forward to as our 5 awesome LOCAL CHEFS go head to head and bun to bun.

Come join us and relax to the soulful sounds of live Blues in the park while you savour the tastes created by our featured Chefs.

Sliderfest Tickets are available from any Fonthill Lions Member and will be available for sale every Thursday at our Pelham Suppermarket booth or email info@sliderfest.ca and we’ll make arrangements to deliver tickets to you.

Tickets for SLIDERFEST 2018 are now available online here. Early Bird price of $30 until July 31st – $35 for purchases after that date. 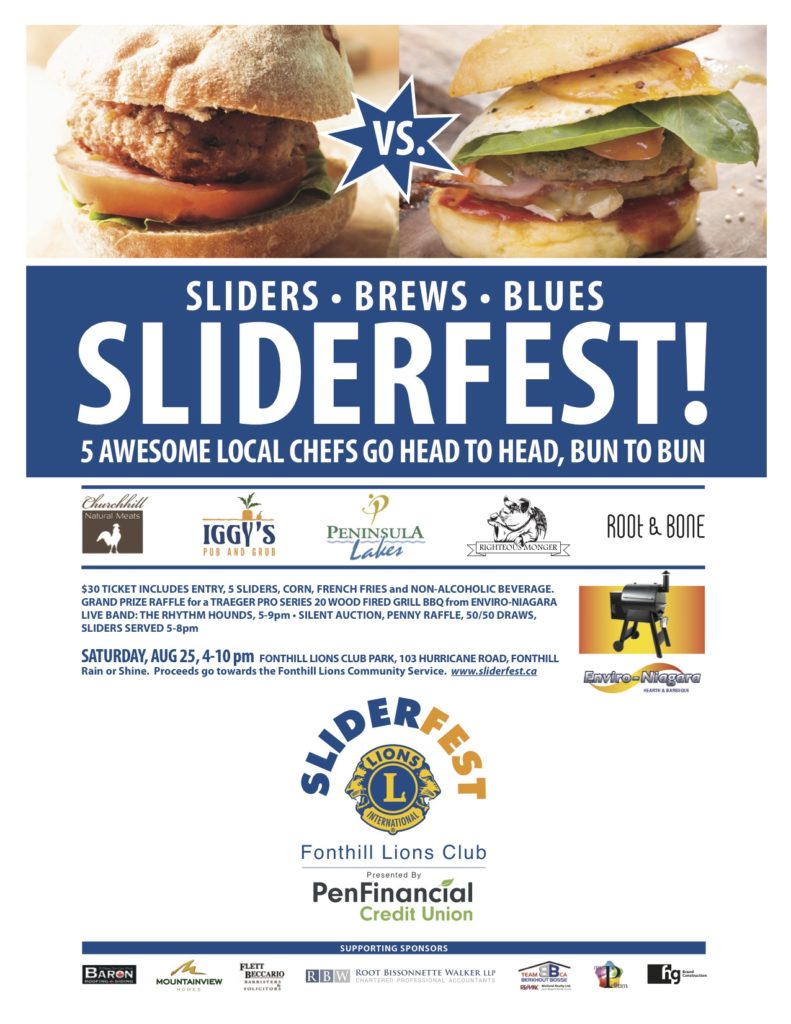 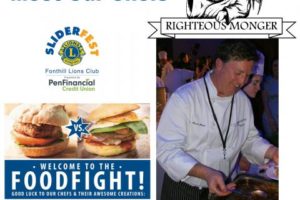 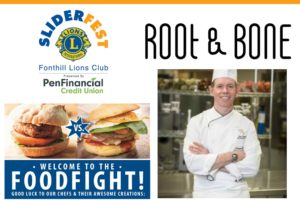 Chef Ray was born in England and trained in London[...] 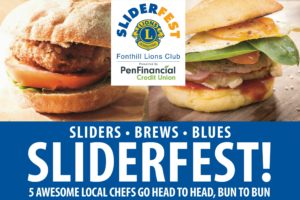 Matt Davis is the Kitchen Manager at Iggy’s Pub and...

The Fonthill Lions invite you to come play in the park at...

Sliderfest 2018 is a return engagement for Chef Raymond...

We're currently offline. Send us an email and we'll get back to you, asap.